Even if you are not a big fan of fashion, you have probably noticed that Western fashion trends appear and disappear so quickly today that we hardly have time to notice them. The most lasting ones owe their popularity to celebrities that make them stick for a while in popular culture. However, everything old is once new again. In K-pop fashion, some old trends revive to evoke nostalgic memories of their fans. In this article, we have collected several K-pop fashion trends that were immensely popular in the past and gradually return to fashion.

1) Serenity blue and rose quartz. These amazingly beautiful colors first became popular in 2016. A lot of K-pop idols wore clothes of serenity blue or cherry blossom pink, which made their images even more youthful, vivid, and attractive. Even K-pop album covers used these colors to attract fans. Now, the tendency is re-appearing.

2) Checkered pattern. The first wave of popularity of the checkered pattern was in 2015. The most popular checkered clothing item was an oversized shirt of any color. Another one – a checkered skirt that allowed K-pop idols to create an ideal image of a school girl, which made them absolutely charming. Both items never fell out of fashion.

3) Denim skirts. Another great trend of 2015 was a denim skirt. There appeared lots of various models with numerous nice washes. Now, both short and long models become popular again among K-pop stars.

4) Baseball caps. There is was hardly any fan of K-pop who did not buy a baseball cap in 2017 because literally all K-pop idols wore them. Although this item is not such popular now, you can still meet it in some groups.

5) Berets. These Parisian hats have a tendency to come back to fashion every several years. No wonder: they are present in a great variety of charming colors and very soft materials. Their popularity in K-pop culture boosted in 2015 and then went down. However, today berets again appear on the stage.

6) Off-the-shoulder trend. One of the most recent trends, which rolled around 2019 is flaunting shoulders and collarbones. This fashion has become to replace high-colored outfits that many have already got tired of. Now, you can see quite a lot of K-pop stars and fans wearing off-the shoulder shirts.

7) Red. Of course, you might object that red has always been and will always be in fashion. However, this color is bold indeed for the stage because it really makes a statement you should reinforce with your music. Now, more and more K-pop idols are not afraid of wearing red on their concerts.

The ultra-talented K-pop bands that will amaze you

Ultra Talented kpop bands It doesn’t matter if you have been a K-pop fan for years or you have been hearing about K-pop artists all over the place lately and decided to give it a try. Well, either way, you came to the right place. K-pop embraces many different genres: pop, R’n’B, rock, rap, and...

Got7 Men’s Hoodie in Print 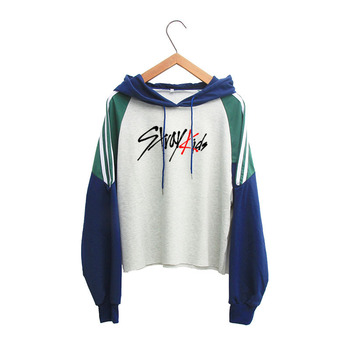