The ultra-talented K-pop bands that will amaze you

It doesn’t matter if you have been a K-pop fan for years or you have been hearing about K-pop artists all over the place lately and decided to give it a try. Well, either way, you came to the right place.

K-pop embraces many different genres: pop, R’n’B, rock, rap, and others. But K-pop is not just about music. There are some other reasons why it is so addictive. Bright lights, slick choreography, catchy vocals, amazing music videos, and incredible aesthetics will make you fall in love with K-pop artists again and again.

In 2019, K-pop bands have dominated the world’s pop culture industry. Korean artists have made some of the most creative and exciting music, broke multiple records on YouTube and received lots of awards across the globe.

Today we will tell you about popular K-pop bands that can reach the top of the music charts this year. And you can help them do it!

Also known as Bangtan Boys and Beyond the Scene, the seven-member boy band is one of the hottest names in the K-pop industry. BTS is the first K-pop band to perform at the American Music Awards and win a Billboard Music Award. They are known for their socially conscious lyrics and active social media engagement (they have more than 23 million followers on Instagram).

BLACKPINK is the highest-charting female K-pop band. These four girls have made history in the music charts with their bold songs and insane choreography. The band is a killer when it comes to album and concert sales, add to that the endorsement deals with brands such as Louis Vuitton and Dior, and you will get an idea of the popularity of BLACKPINK.

Twice is the first K-pop female band formed through the competition reality show Sixteen. Their melodic songs make them one of the most addictive K-pop artists at the moment. With a wide success in the general public, Twice has been called the new “Nation’s Girl Group”.

EXO has been a commercial and critical success since its debut. The nine-member boy band tried lots of genres: cute, sexy, bubbly, bad boys, etc. The band’s extravagant style has made them the best-selling Korean artists in the history of K-pop music.

Got7 is a multinational boy band. The members come from the US, Thailand, South Korea, and Hong Kong. Their hits have raked in hundreds of millions of views on YouTube. Their live performances on stage often incorporate street dancing, so they are never boring! In 2019 they have made their American television debut. So it is only a matter of time before this K-pop idols stage a takeover.

Stray Kids are a K-pop boy band known for their mix of pop, hip hop, and electronica. The band didn’t get its name just for no reason. They were formed through the television show of the same name. They debuted in 2018 with 9 members. The band became a global hit with their first album.

kopop fashion Even if you are not a big fan of fashion, you have probably noticed that Western fashion trends appear and disappear so quickly today that we hardly have time to notice them. The most lasting ones owe their popularity to celebrities that make them stick for a while in popular culture. However, everything...

Red Velvet K-Pop It all started in 1997 when the Asian Financial Crisis hit. The South Korean government called for the development of the entertainment industry as a new way to strengthen the fragile economy. It gave way to the “Korean wave” of pop culture that has taken the whole world by storm. Today K-pop... 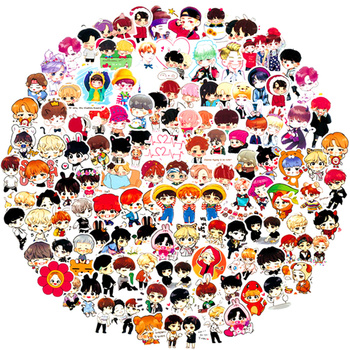 One Set of 100 BTS Stickers 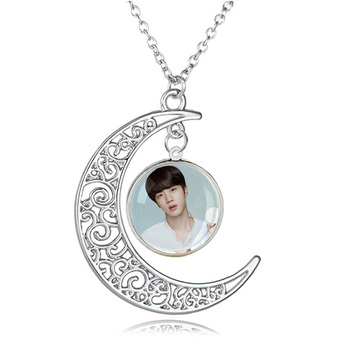